India is the capital of happiness. Do you know what makes India the ”most incredible” country? Its rich cultural heritage, food diversities, languages are some of the factors that make it so. Today, India is among the largest markets and people across the globe are looking to invest in our country. You can never bore or be fed up by living in this divine nation. There are various cities that are ideal to work in. Today, you will get to know the top five cities to relocate to in India. You can move into these cities for sure.

Mumbai is the city that never sleeps. The city is also known as ”the dream city”. The city is the financial capital of the country. You can understand the development by the fact that most number of affluent people in the country belongs to here. From India’s richest man and business tycoon Mukesh Ambani to b-town celebs, everyone lives here.

It’s the center for Bollywood, millions of people come to this city to earn name and fame. The city too never disappoints if the one comes has the potential and talent. Not only the Indian film industry, but rather it also has various opportunities in business and healthcare. Even from the moving perspective it’s technically sound and advanced and has the highest GDP.

It offers a convenient lifestyle, good infrastructure, good facilities for dwellers, well transportation, and a developed healthcare facility. There can be nothing better than selecting the city for your household shifting, and it offers the best working place.

Delhi is the capital of the nation. The city is famous for its historical monuments and ancient places. The city is known to be the busiest city in India. If you are someone who is looking to shift to a new place, then Delhi can really be a good option. From amazing street foods to awesome restaurants, you will get everything here. If you are a foodie and love to experiment with food, then nothing can be better than this.

These days IT companies, manufacturing industries, and software companies are available here which increases the job scopes for you. It is a city with the fusion of modern culture and an authentic look. The city has so much to offer that it becomes a great place to live in.

If you are thinking of shifting to ”the city of joy” Kolkata then you are going in the right decision. Just stay stuck to the decision. The best part of the city is that it has everything but still it’s really affordable. You can have a leisure time around the amazing historical architecture.

You can get nice accommodation, delicious food and friendly people, and that too at a fair price. If you are someone who loves sweets, then Kolkata is the best destination for you. You can surely shift to the city, you will never regret your decision.

The city is the fourth-largest city in the country. Chennai has so many temples and churches which make the city a divine place to live. The beach in the city gives a soothing experience to its people. Chennai has the second-largest urban beach, named ‘marina beach’. If you are someone who loves to be around nature, then nothing can be better than Chennai.

Apart from everything, the best part is that Chennai is known as the safest city to live in. The city has lots of software companies and business start-ups. So there is no point in not counting it as one of the best cities to live in, you can certainly move to this city.

Lucknow is known as the ‘city of nawab’ and ‘the city of tehzeeb’. Lucknow is the capital of Uttar Pradesh as is filled with varied cultures. The city call ‘The Golden City of the East. It has still kept its old-world charm closely intact till now, this is why it is an appealing feature for tourists.

There would be nothing wrong if one calls the capital of Uttar Pradesh, one of the finest cities of the country in terms of mannerisms and culture. It’s surely one of the best cities to move in.

These were the five best cities to relocate to in India. You can surely pick the one you found the best. The whole country has so much to offer no matter what you choose you will enjoy it because every corner of the nation speaks something. 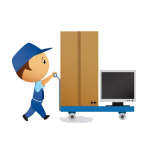 Vishal is an expert business analyst. He has written for several online journals. Currently, he is rendering his services to Moving Solutions that are offering services packers and movers services in India.

Learn How to Start a New Business

Problems with the car thermostat? Possible causes and solutions

How Many ML Are In A Shot Glass?

For each unique liquor type, you have an alternate glass style, which is utilized around the worldRead More

What is IVF Success Rate in India?

Andrologist in India to help you get over Erectile Dysfunction Problems

A Complete Guide on All the Major Summer 2022 Upcoming Trends